Nagpur is one of the largest cities in central India, and the third largest city in Maharashtra after Mumbai and Pune. As per the 2011 census, the city has a population of 24,05,665. Over the last few decades, Nagpur witnessed an increase in urbanisation, leading to inadequacy of infrastructure provision to cater to the growing population.

To address this issue using ICT and transform Nagpur into a technologically advanced city, a robust network (1,015 km wide network infrastructure using Optical Fibre Cable) has been implemented which acts as the backbone of the city, and forms the basis on which all ICT based ‘Smart’ initiatives are being designed. Also, a City Operations Centre (COC) has been developed and integrated to a common application platform to ensure interoperability, seamless user experience, prompt response, for large scale integration of COC and IOT.

Lighting accounts for a large percentage of total energy consumption of any city. While electricity and lighting is an essential element, it is also being used to enhance beauty and identity of the city. In a traditional lighting system, the failure inspection happens manually. Also, there are fixed and undifferentiated lighting levels across all operational hours.

A total of 383 controllers and sensor-based smart LED lighting have been deployed across 5.6 Km from Japanese Garden Square to Orange City Hospital Square in Nagpur city to support automated lighting, sensing and motion detection. In an IoT based lighting system, the lighting failures are automatically reported by the system. Lighting is weather adaptive, and the digital system smartly plans the maintenance work for the entire city and creates maintenance routes. Lights can automatically dim depending on time of the day, the weather conditions, using the automatic human presence detection (motion sensor).

Using wireless technology and web-based architecture, smart lights are controlled and managed from the COC to avoid human intervention to switch the individual/group lights ON and OFF. Light intensity levels are also reduced automatically according to the vehicle movement, hence energy consumption is considerably reduced. 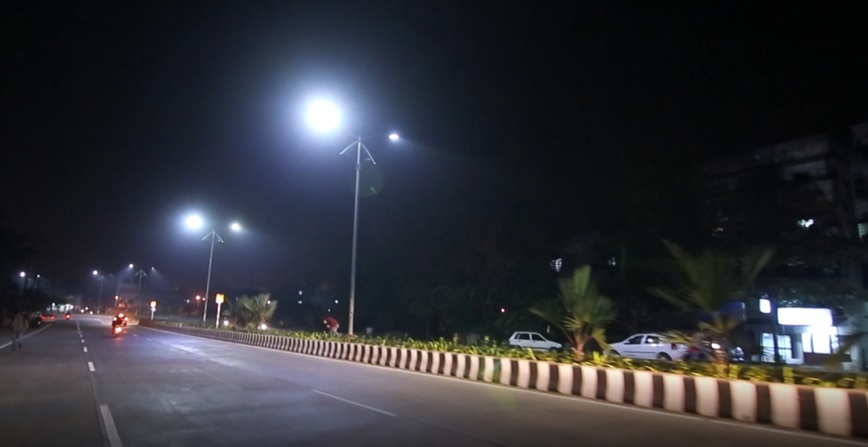 In future, we may look at expanding the system to more areas in the city.