Steel and its auxiliary industries have been playing a vital role in national industry growth story. Ministry of Steel, Government of India, is the apex Ministry for formulating all policies related to steel production, distribution and pricing etc. Datasets released by the Ministry of Steel on Open Government Data Platform shows the growing demand of Steel and role of India in the international market.

Analysis of Datasets contributed by Ministry of Steel

The production is categorised into public sector and private sector manufacturers which produced 19.75 million tonnes and 83.38 million tonnes respectively. 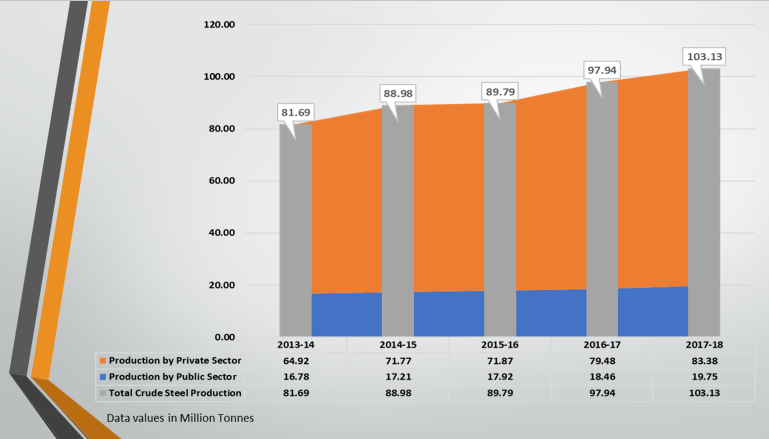 Finished Steel can be categorised into Alloy/Stainless steel and Non-Alloy finished steel each producing 8.9 million tonnes and 117.914 million tonnes of steel in 2017-18 respectively. 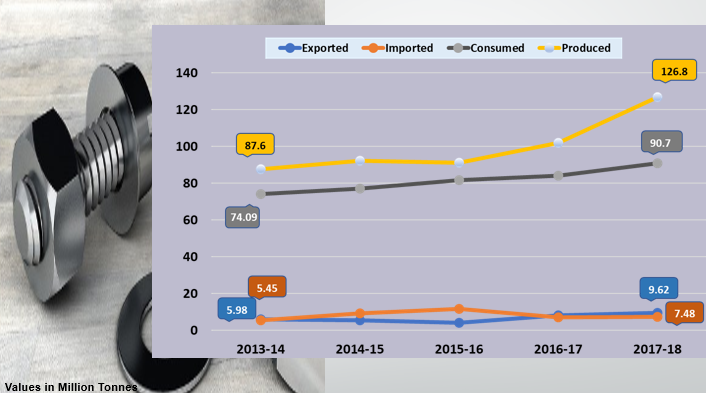 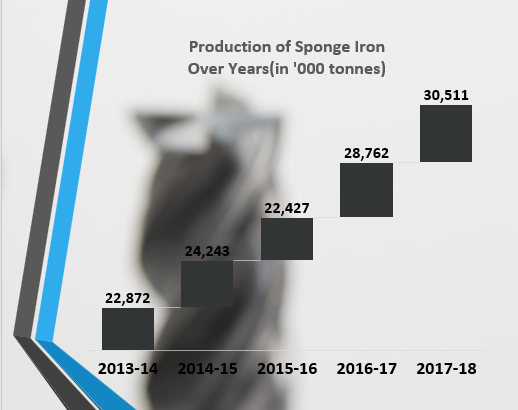 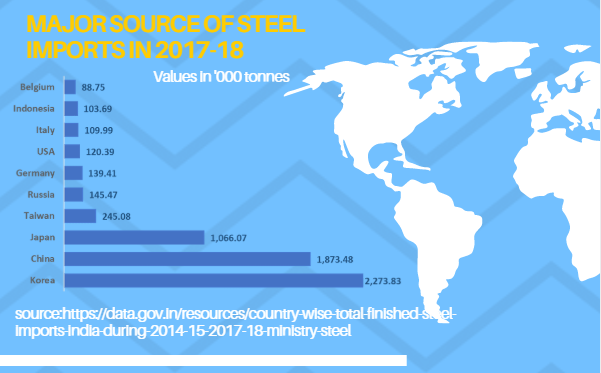 Figure: 4 – Import of finished steel from various countries during 2017-18

The National Steel Policy of India, 2017, has envisaged 300 million tonnes of production capacity by 2030. Huge scope for growth is offered by India’s comparatively low per capita steel consumption and the expected rise in consumption due to increased infrastructure construction and the thriving automobile and railways sectors.

OGD users can explore these datasets and come out with creative visualization, infographics, blogs, reports, etc. Please share your innovation at https://community.data.gov.in