Today, in the era of bigdata, communication has become easy and widely associated with the masses. Twitter, Facebook & Google+ are spreading their root all around the world and let their users communicate and stay connected with society. In the same way, Data Portal India has stepped forward in connecting the citizen and letting them know about the open government data and data science activities through Twitter and Facebook. On daily basis, on the OGD platform, there is publication of a number of open government datasets & other resources and visualization on its website (www.data.gov.in) and spread the same through social media websites.

Here, I am going to explore the activity of Data Portal India on twitter. Data Portal India is using dataportalindia as twitter handle; twitter handle is a twitter name that is used to respond when tweeting someone and people identify user through it. It has the @ sign in front of it, and if you take the @ sign off you can just type in twitter.com/(Twitter Handle) (https://twitter.com/dataportalindia ) and you’ll be at their twitter page.

Now let’s start the journey of Data Portal India through the twitter. In this process I have used R programming to get inside the twitter by using twitteR package.

First install all the essential packages in R that is required for the analysis. These packages are twitteR and httr.

getUser function returns a user object, which can then be pulled for further information. It helps further to grab information about the user’s followers, who they follow, retweets and more. Here, u object contains user information and after applying getDescription() it gives the description of profile that is updated by user. OGD India has 74123 followers and 44 friends in its account. u$getFriends(n=5) gives the name of 5 friends of OGD India as n=5.

In the friend list, favorite count has its own importance and indicates the number of likes of the profile page. OGD Portal has 7 favorite counts and what they have twitted it is shown below: 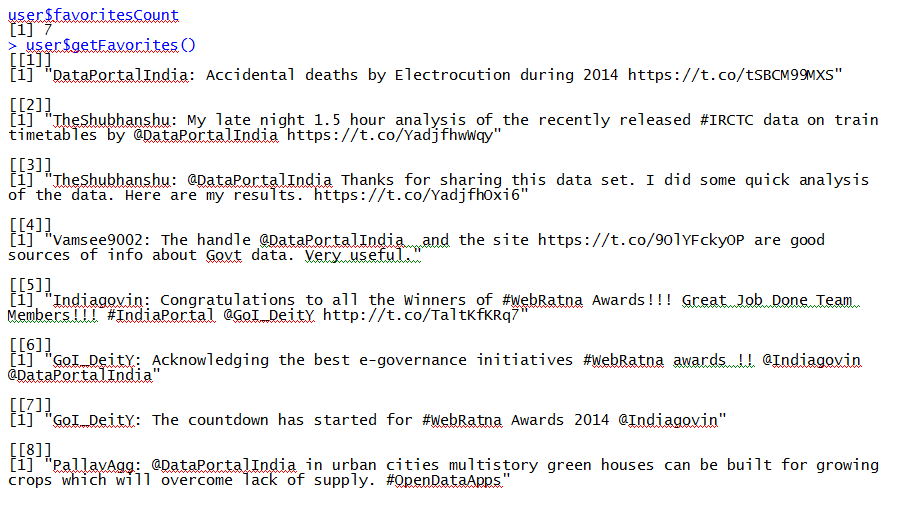 Now let’s do the analysis of timeline page of OGD. Timeline page gives the information (tweets) provided by user on its twitter page. It helps its followers updated. OGD India has around 2968 tweets. I have done timeline analysis through that I have grabbed all tweets and have shown 10 below:user$favorite gives the detail of all favorite. 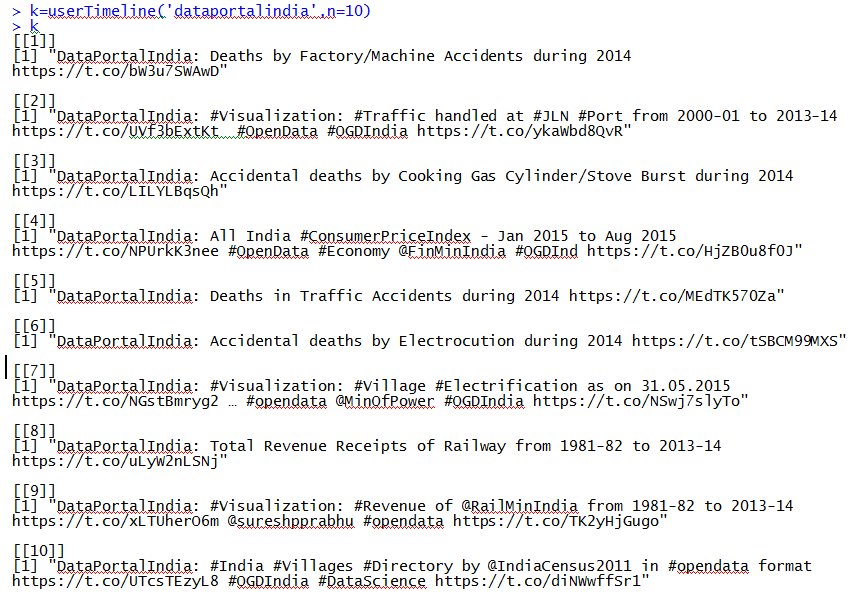 For further analysis, I have taken 400 tweets. Below table has the complete information of the tweets for Demonstration purposes I have used only 5 tweets. 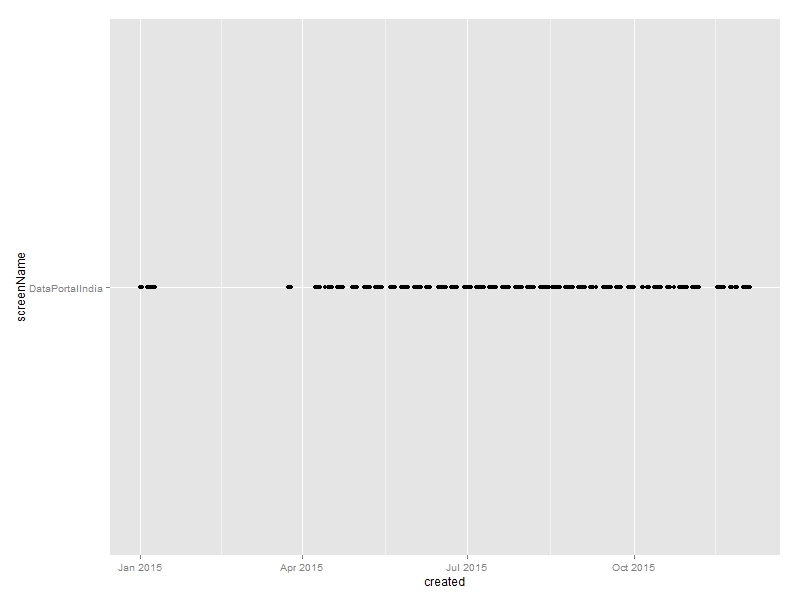 A replyToSN attribute that includes the username of a user dataportalindia was replying to via a particular tweet.

Graph indicates the tweets created and twitted by DataPortalIndia. It doesn’t seem much interesting because of limited information. To make it more interesting it’s better to plot OGD replies to another twitter user, arranging the user names in the order in which they were first publicly replied to: 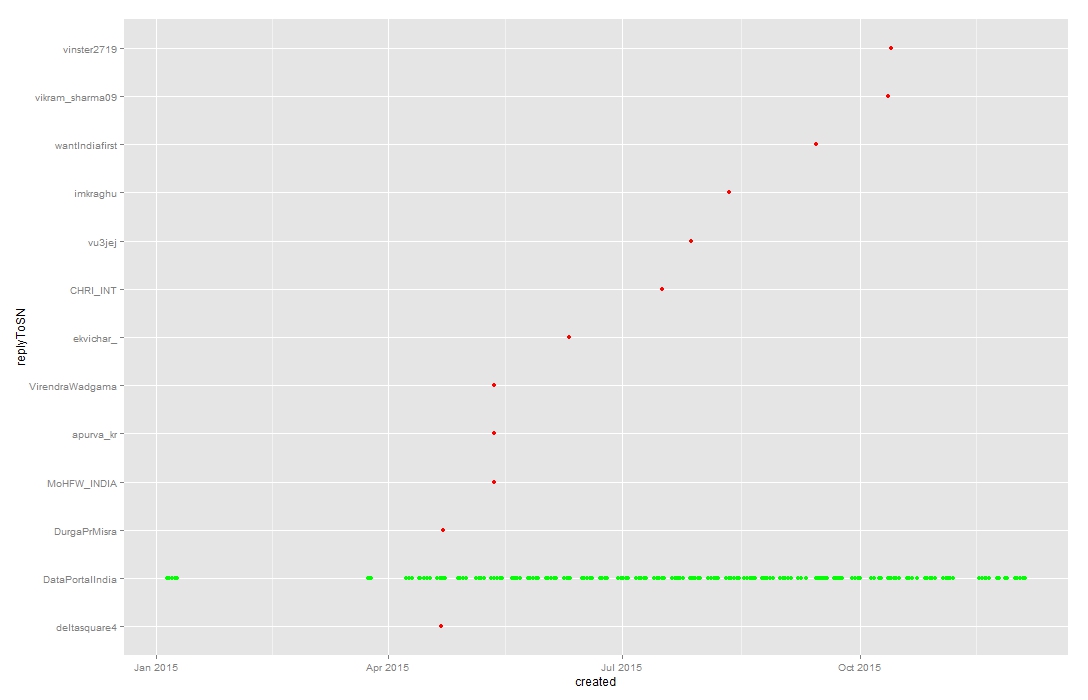 The red dots are replies, and the green dots are tweets that are neither replies nor retweets.

Now lets do some more experiment. In twitter, #tag analysis is also very popular. #tag helps users to understand what users are posting in twitter by keeping particular tags in reference. To visualize what users have posted by keeping dataportalindia as #tag, I have created statistical app using R and Shiny wherein just type particular tag and it grabs all the information and network graph that associates people around that tag in one page.

From the above analysis, we have realized that we can track anything if the data associated with that event is available in any format, just it requires right direction. Here, we have explored twitter activity of Data Portal India from that we have grabbed information regarding followers, friends, retweets count, association of group on particular tweets, second by second activity and more.