According to the census 2011 data, India’s demography is witnessing a new trend of declining child population of the age groups 0-6 years and 7-14 years.

A drop in the proportion of population in the lower age groups as compared to 2001 census shows declining fertility rates in India and baby boom from the mid 1990s. This is the result of successful family planning initiatives and high life expectancy rates. Hence, we see the advent of a demographic transition. 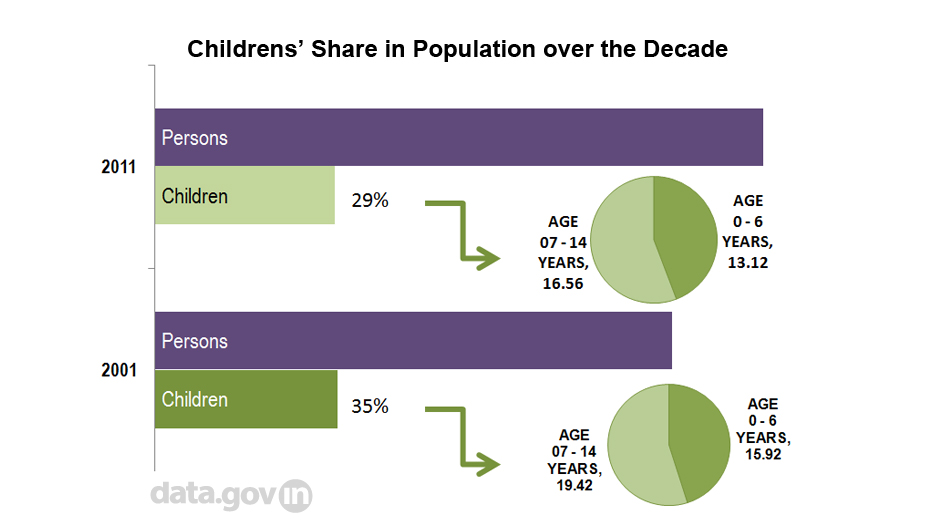