Kohima has a fleet of individual city bus operators providing service for the Public Transport Sector. Due to lack of organised public transport authority, the city has struggled to cater to the needs of all sections of the commuters over the years. This has resulted in increased number of private cars plying on the city roads, which ultimately has resulted in traffic congestion and chaos in the city core. Urban traffic congestion has known adverse effects on the citizens, in-terms of economic productivity, pollution and longer commuting time, etc. 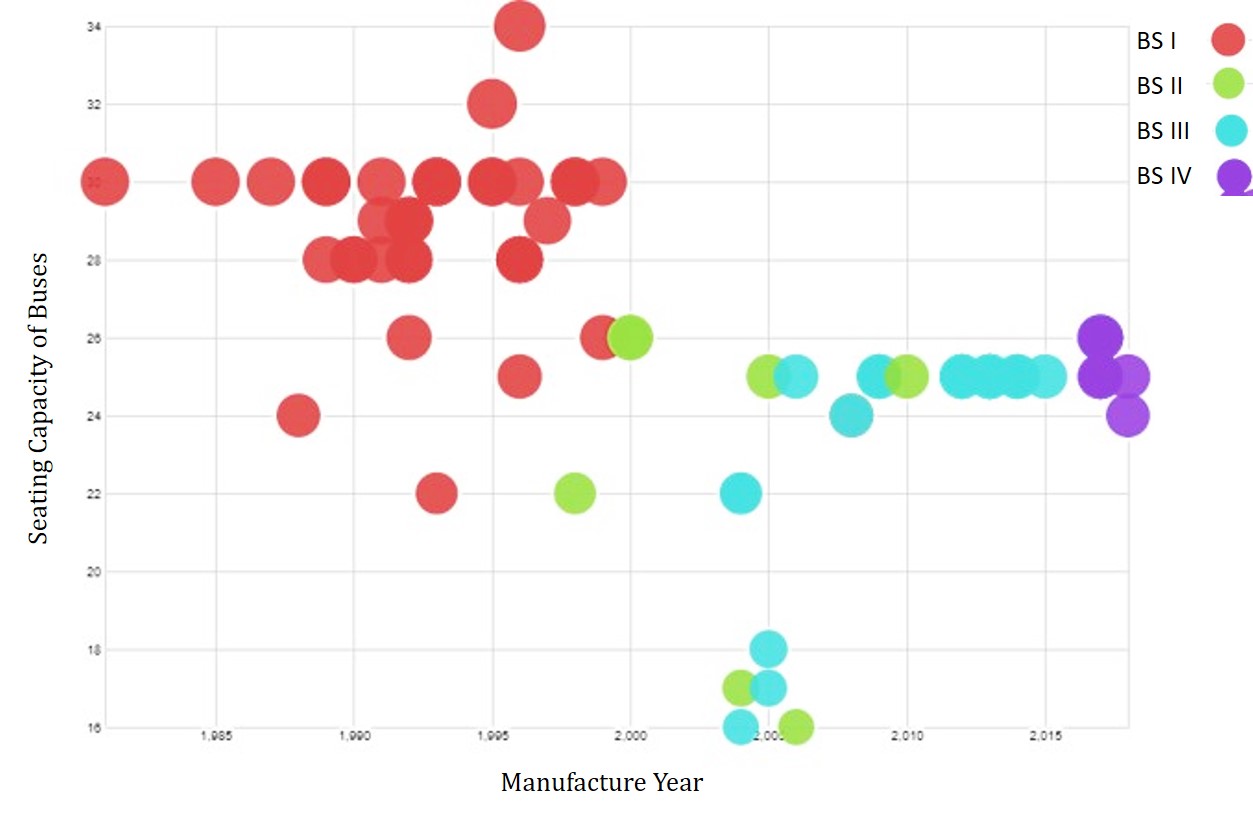 Through the open data collection initiative, existing bus fleet data has been collected from the Transport Authority. The analysis clearly indicates that most of the existing buses are old and do not comply with the current emission norms. The data also highlights that older buses have higher seating capacity which is not ideal for a hilly city like Kohima, which has smaller Right of Way roads.