Thus keeping energy efficiency in mind, a cost effective alternative was needed for the streets which would not compromise citizen’s safety. 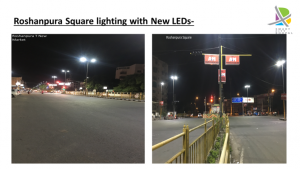 For this project these LED lights were mounted on street poles each having a control system that was integrated with the central control and command center for monitoring and controlling smart services: 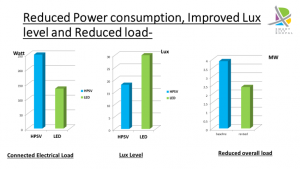 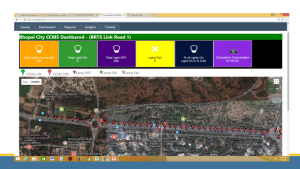 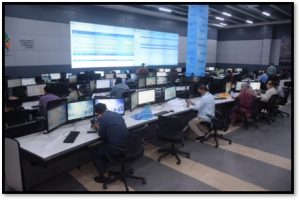 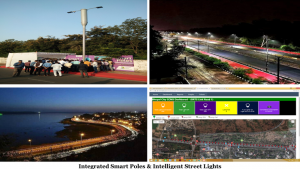 The biggest advantage of using LED lights is it can be used anywhere in the city:

Therefore, the utility of these new lights can be realized everywhere, and the process of putting them into place is also straightforward. The phase is going to be replicated and readapted to regions across the city. The feasibility of implementation is also unproblematic, for the incurred costs are offset by long term operational savings. The costs have declined dramatically, more and more households, industries are installing LED which and they will save money over the long term.