On this front, SCADL and Ahmedabad Municipal Corporation (AMC) identified several use-cases that could be addressed and implemented with nearly no new infrastructure setup required. One problem unique to India is people’s habit to spit in public spaces and soil the place with paan stains. This problem is extremely widespread, and completely defaces the look of the city. By their very nature, the stains are very hard to clean; and the extent of the problem just makes it even more impossible. The habit posing a health risk to people around due to its utter defiance of hygiene is also a significant issue. In the context of the Swachh Bharat Mission too, tackling such a ubiquitous issue so ingrained into the Indian psyche should take priority.

Leveraging use of the same infrastructure, a stop-spitting initiative has been started by AMC. All traffic signs and public places of the city are being examined by as many as 5,000 CCTV cameras installed under the Smart City. CCTV footage being traced to the number of vehicles of those who spit on the road by taking video clips and capturing photographs. Then the memo has been prepared in the predefined format approved by Solid Waste Department of AMC, and fine is imposed. 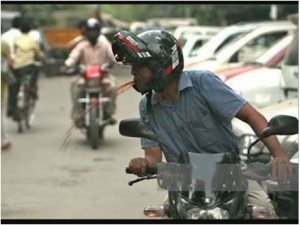 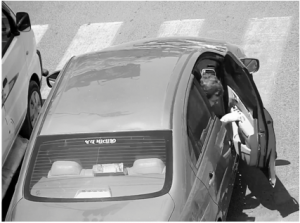 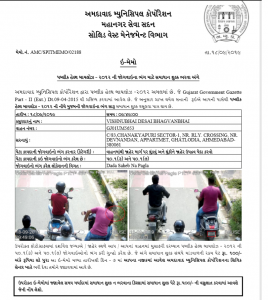 For spitting, 2200 incidents have been captured so far, and offenders are recognized and grouped by vehicle category (two-wheeler, auto, truck, four-wheeler). Similarly, improvements in cleanliness will also be observed as the Stop Spitting Movement catches on. At present, the person is directed to pay penalty at the nearest city civic centre of AMC and soonpeople who receive a memo against spitting can pay the penalty online by AMC link details which going to be provided on the memo.

Collection has been started at civic centre and defaulters to payment liable to pay penalty directly to dedicated team of SWM by having door-to-door collection zone-wise and ward-wise. Initial fine is Rs. 100 as per the Public Health Bylaws, 2012; followed by Rs. 500 penalties on late payment.

In the future, BRTS/AMTS stops, civic centres, AMC Offices, another major public areas in the city shall also be monitored for spitters. The fine is to be paid at civic centres, but online functionality will soon be implemented.

For spitting, 2,200 incidents have been captured so far, and offenders are recognized and grouped by vehicle category (two-wheeler, auto, truck, four-wheeler). Subsequently, the discipline towards cleanliness by citizen has been improved in city.