On this front, SCADL and AMC identified two major use-cases that could be addressed and implemented with nearly no new infrastructure setup required. First, the problem of mobility. Ahmedabad is developing into a large, sprawling metropolis, and its wide network of roads are incredibly busy. In such a scenario, the problem of rash drivers and traffic rule violators is already proving to be a nuisance. As the city gets busier, though, this problem cannot be allowed to persist. Indiscipline in the use of roadways causes unnecessary traffic, inefficiency, logjams, accidents, safety hazards, and other undesirable issues.

Under the same project, 130 zero-tolerance junctions are being designed in order to bring traffic discipline and any violation to same punish offenders through its automated E-Challan system. Ahmedabad is the first Smart City to introduce Automatic e-challan at 130 zero tolerance junctions, is unique blend of governance, where city police and municipality come together. Automatic Number Plate Recognition (ANPR) and Red Light Violation Detection (RLVD) ensure better traffic. The zero tolerance junctions dispatch automatically E-challans through its E Challan system to traffic rules violators, crowd control, criminal acts and riotous situation footages in the city which are captured and transmitted automatically to the command control center for initiating rapid action by the security forces. Ahmedabad city traffic police has launched website https://payahmedabadechallan.org for the online payment of fine. To know whether one has been fined for any offence or not, one has to enter the vehicle number.

Automatic number-plate recognition (ANPR) is a technology that uses optical character recognition on images to read vehicle registration plates to create vehicle location data. It can use existing closed-circuit television, road-rule enforcement cameras, or cameras specifically designed for the task.

The software aspect of the system runs on standard home computer hardware and can be linked to other applications or databases. It first uses a series of image manipulation techniques to detect, normalize and enhance the image of the number plate, and then optical character recognition (OCR) to extract the alphanumerics of the license plate. ANPR systems are generally deployed in one of two basic approaches: one allows for the entire process to be performed at the lane location in real-time, and the other transmits all the images from many lanes to a remote computer location and performs the OCR process there at some later point in time. 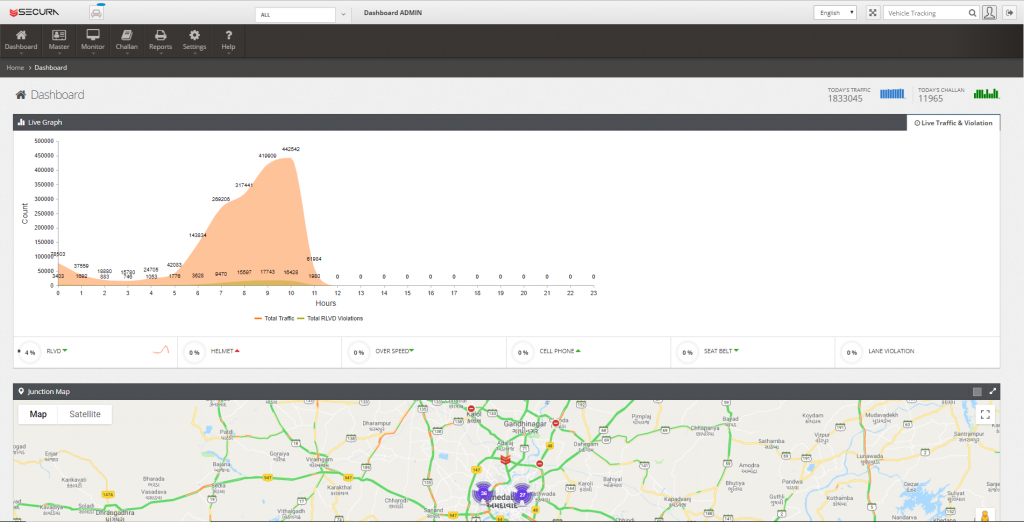 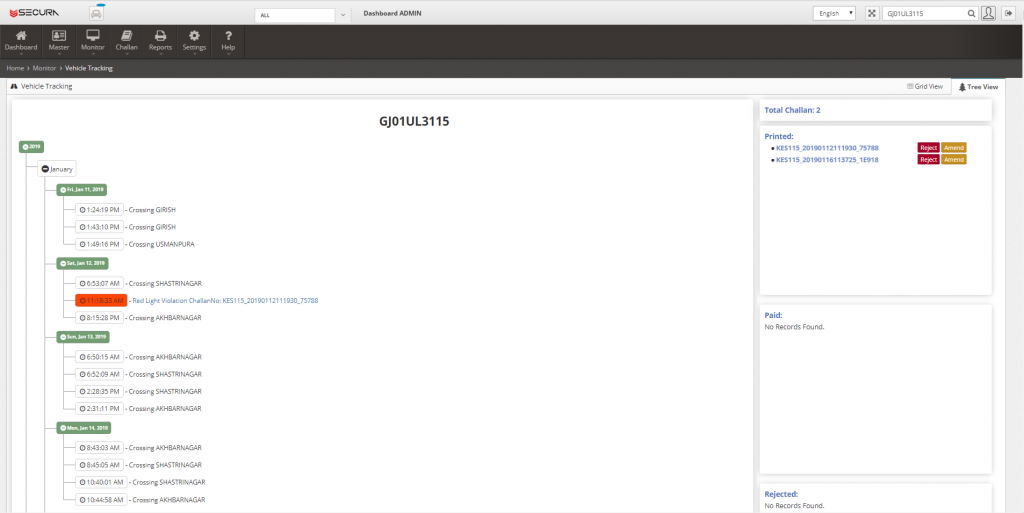 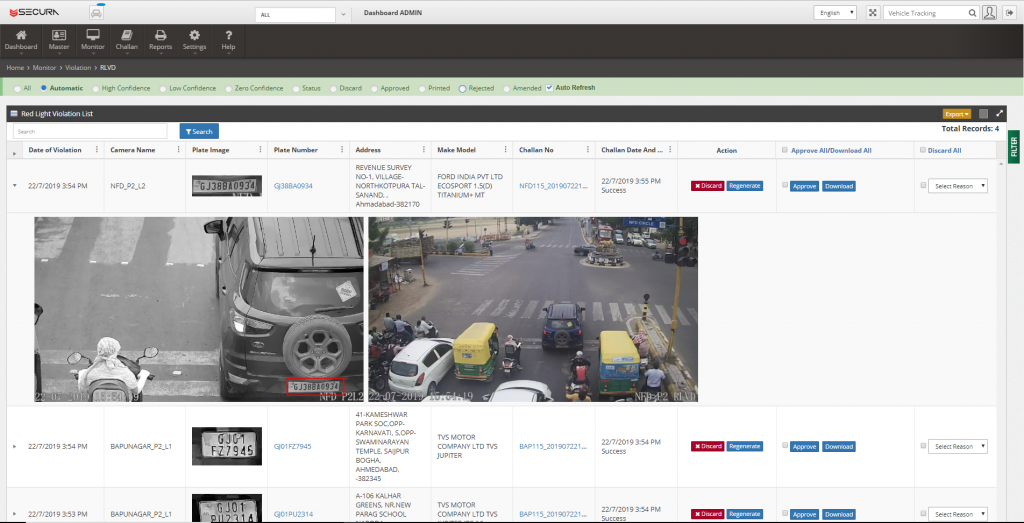 The Phase 2 of ICCC has added to the success of Phase 1. Since July 2018, over 22.5 lac E-Challans have been dispatched for Red-Light Violation (130 zero-tolerance junctions), from which over INR 13 Cr. has been collected as a result. For BRTS lane violations (32 active stations), 2,756 challans were generated. Traffic management has improved with automated traffic surveillance systems.