The adult (15–49 years) HIV prevalence is a significant indicator for determining the level and spread of HIV epidemic amongst the total population of the country. It is calculated as the aggregate of the number of adults (15–49 years) living with HIV in all states, divided by the total adult (15–49 years) population within a particular time period, expressed as percentage. National estimated Adult (15–49 Years) HIV prevalence (in %), has declined by over 0.06% points from 2007 to reach an estimated 0.27% in 2011. 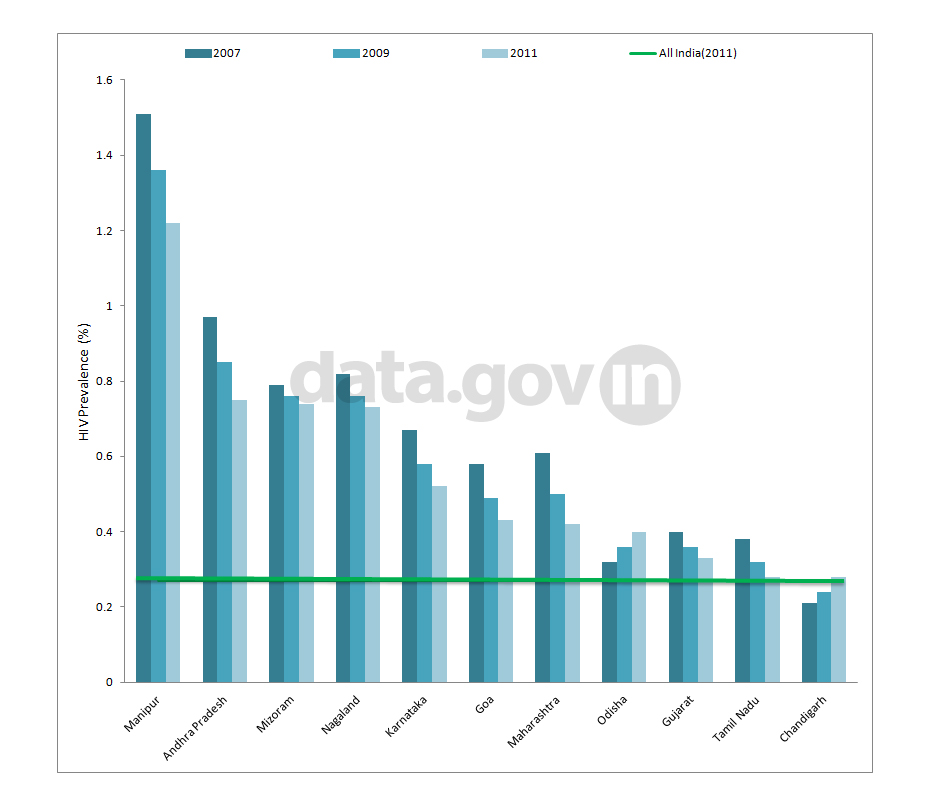