Year-wise and Sector-wise Contribution of GDP

Change in composition of GDP for major sectors of the economy such as Agriculture & Allied Services, Industry, Mining & Quarrying and Services during the period 1950-51 to 2011-12 is presented in the chart. 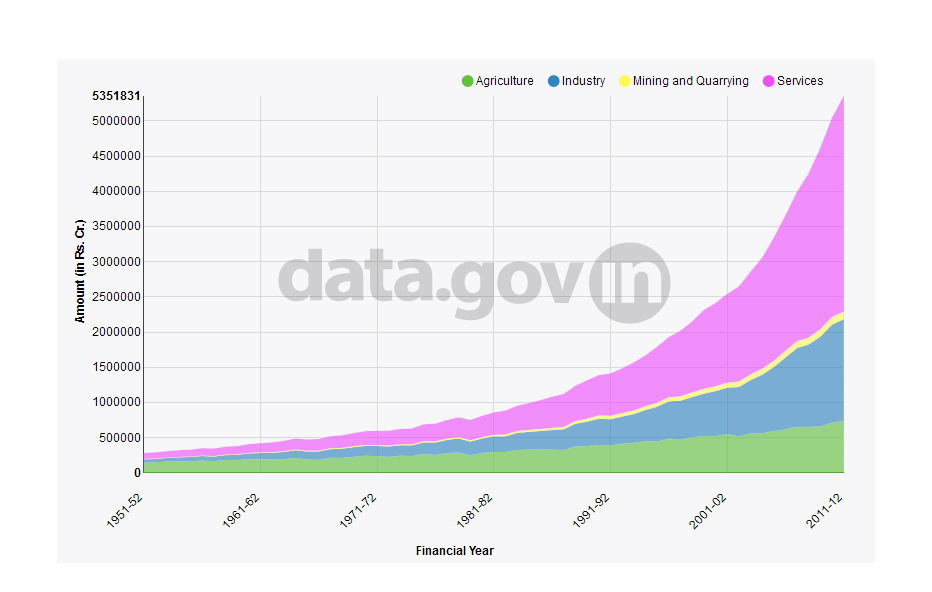