Making significant strides in the tourism sector, India has improved its share in international tourism receipts during the course of past decade .Tourism has emerged as India’s fourth biggest major foreign exchange earner.

India’s foreign exchange earnings from the tourism sector is growing at a compound annual growth rate (CAGR) of about 13 per cent & foreign tourist arrivals is growing at a CAGR of about seven per cent. 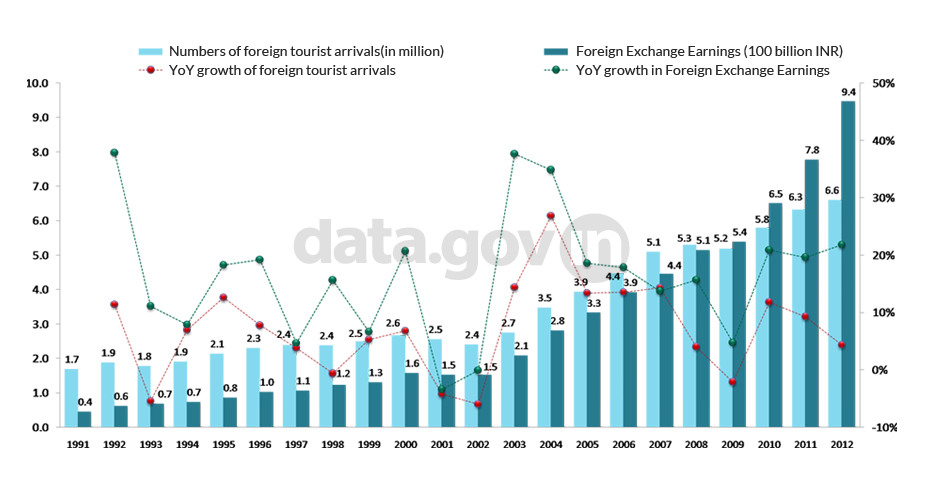