Tiruchirappalli is the fourth largest Municipal Corporation in Tamil Nadu. The city was illuminated with 39,173 Streetlights, out of which LED comprises of about 78.36%, sodium vapor lamp (SVL) of about 18.85% and the other luminaries of about 2.79%. Out of connected load 2.71 MW, the energy consumption of these LED and SVL streetlights were about 97.2% of the total power consumption. 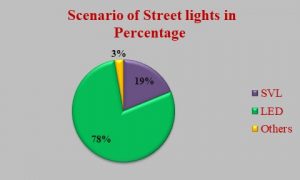 During the year April 2014, an initiative had been undertaken by the City Corporation, on Public Private Partnership (PPP) mode, to replace all the conventional FTL streetlights by high efficacy luminaries, reassess the pole spacing and pole locations, and thereby providing better illumination and improving public safety on the streets and roads, apart from the energy savings. 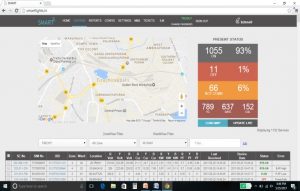 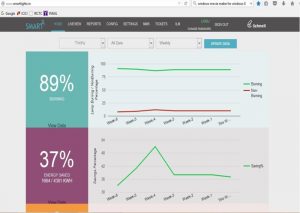 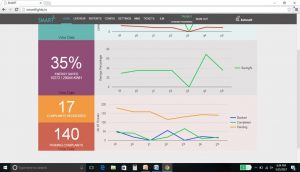 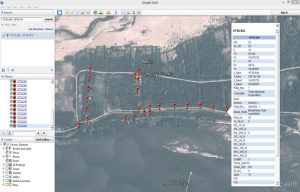 The effective implementation of this Project has helped the City Corporation to achieve following: 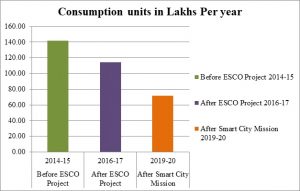 Tiruchirappalli City Corporation is undergoing further improvement in the streetlight system under the Smart City Mission. Accordingly, it is proposed to replace the existing SVL, CFL and Metal Halide Lamps. Detailed Project Report has been prepared to replace 5,609 Nos. of SV Lamps, CFL Lamps and Metal Halide Lamps to be converted into 20/40/90/200 Watt LED Lamps and 2,655 of 250W SV Lamp are to be replaced of 120 Watts LED Lamps for MS Tubular poles in Main road. In total 8,264 Lamps to be converted into LED in the Smart City ABD area. Provision has also been given to newly provide 816 90W LED Lamps. 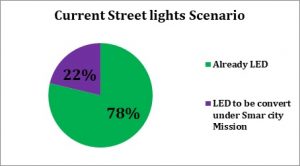 Totally 9,080 LED lamps will be installed under this mission. We have already achieved 43% of energy savings in annual energy consumption in Tiruchirappalli City Corporation after conversion of LED lamps in Smart City mission. The savings worth 60% in annual energy consumption for street lights will be achieved. So a total of Rs.327.97 Lakhs savings in CC charges per annum.