The chart shows the percentage of Working Females in the Total Working Population for the various states of India.

It may be observed that Punjab, Haryana, Bihar and J&K lie at the bottom in terms of share of females in the workforce in both urban and rural areas with reference to the all India ratio.

The north-eastern states have a high share of females in the total working population for both rural and urban areas. An odd case is Rajasthan which features in the top ten states in the rural areas while it stands at the bottom ten in the urban areas in terms of share of working females. 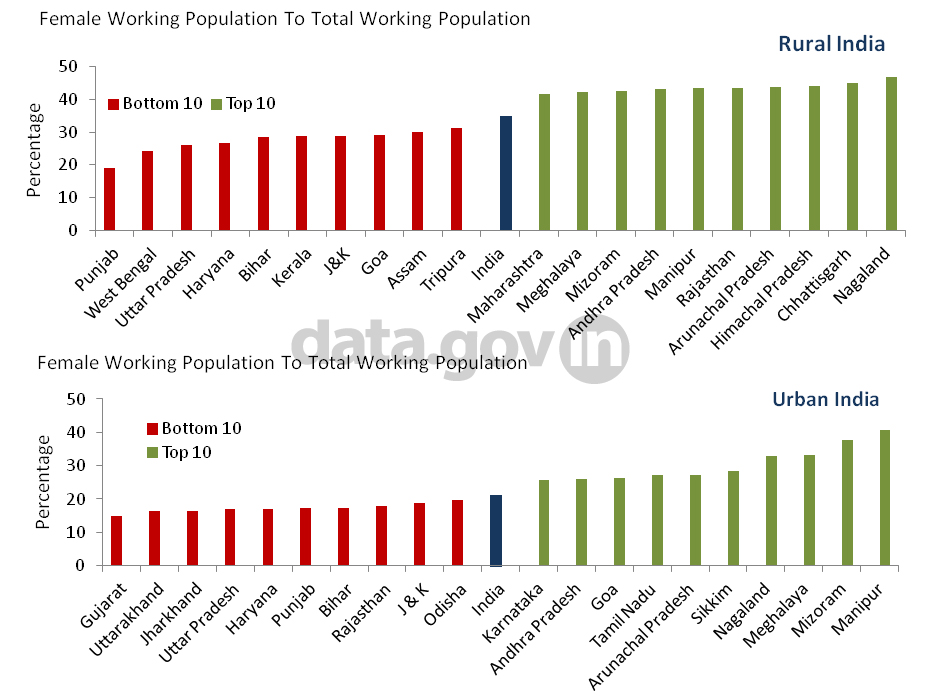