Tamil Nadu Open Government Data (TNOGD) Portal, https://tn.data.gov.in is a platform intended to be used by Departments/Organizations of Government of Tamil Nadu to publish datasets and applications collected by them for public use. It intends to increase transparency in the functioning of the State Government and also open avenues for many more innovative uses of Government Data to give different perspective.

The PEC Dataset published, has the details of all PECs operated by ELCOT in Tamil Nadu, with the location details like District/Taluk/Place along with its complete address and pincode. The Name of PECs as well as its Status is also provided in the dataset along with its geo-location details like latitude and longitude. The PEC Dataset can be downloaded from site
https://tn.data.gov.in/catalog/permanent-enrolement-centres-pec#web_catalog_tabs_block_10 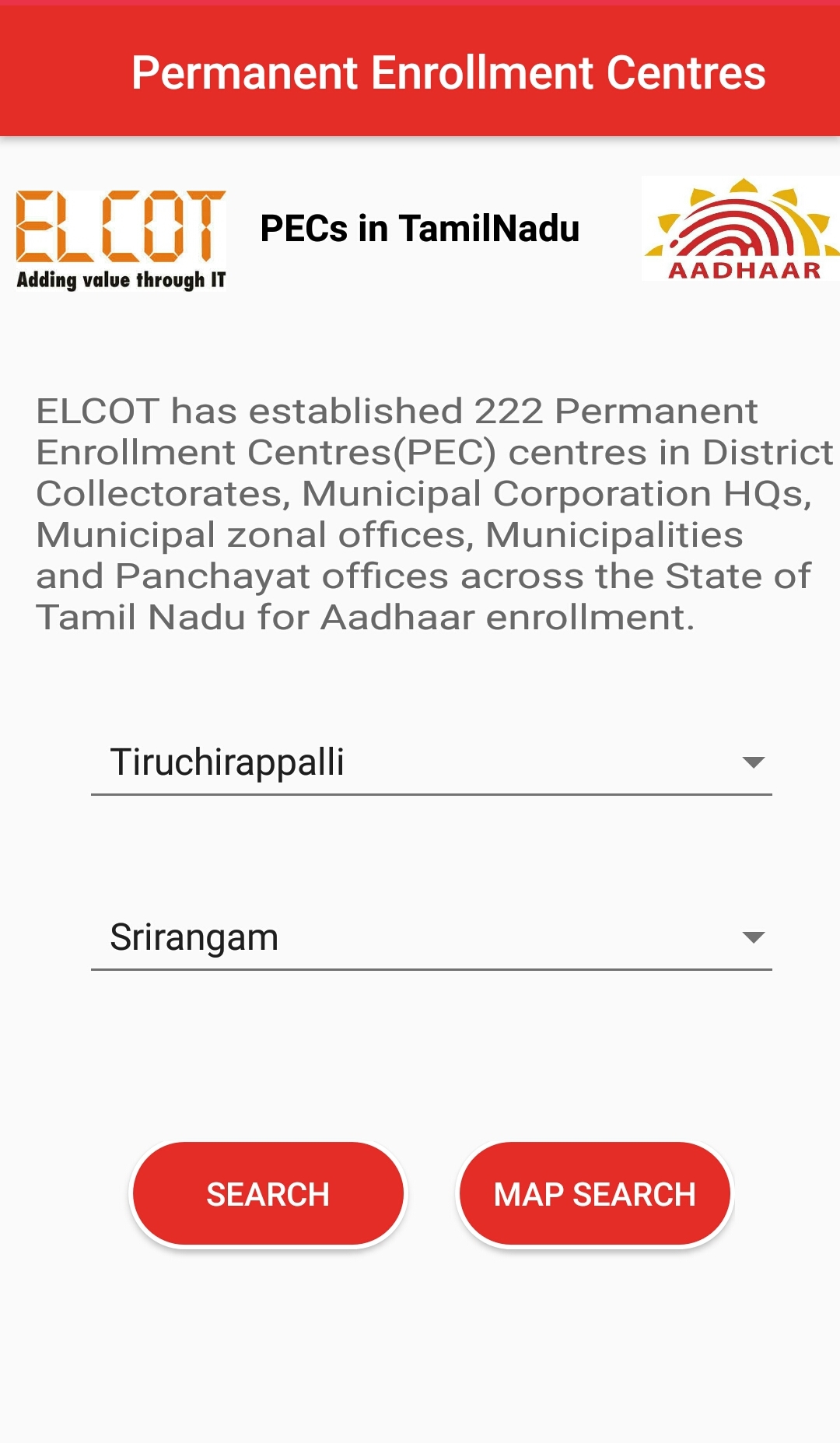 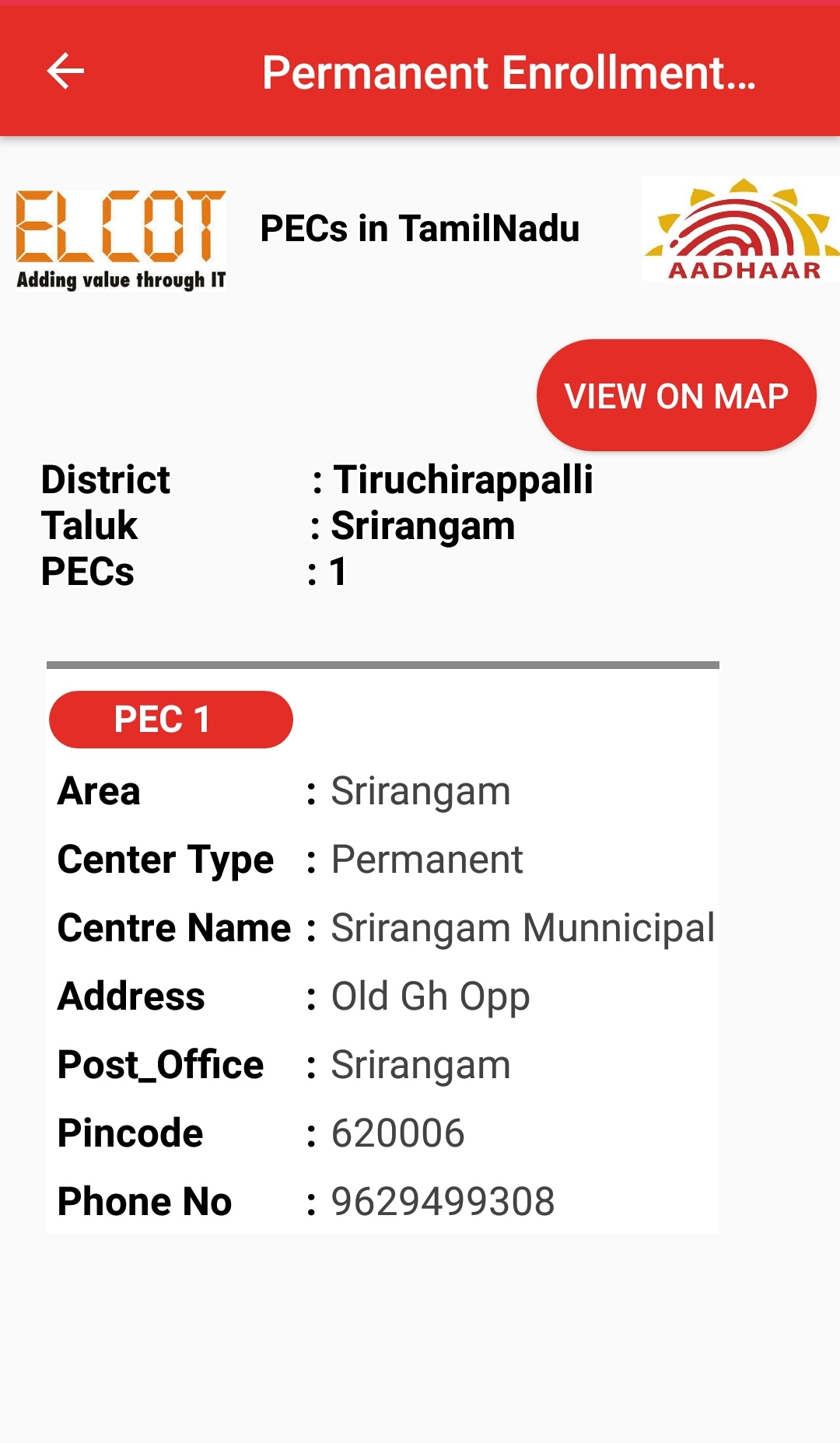 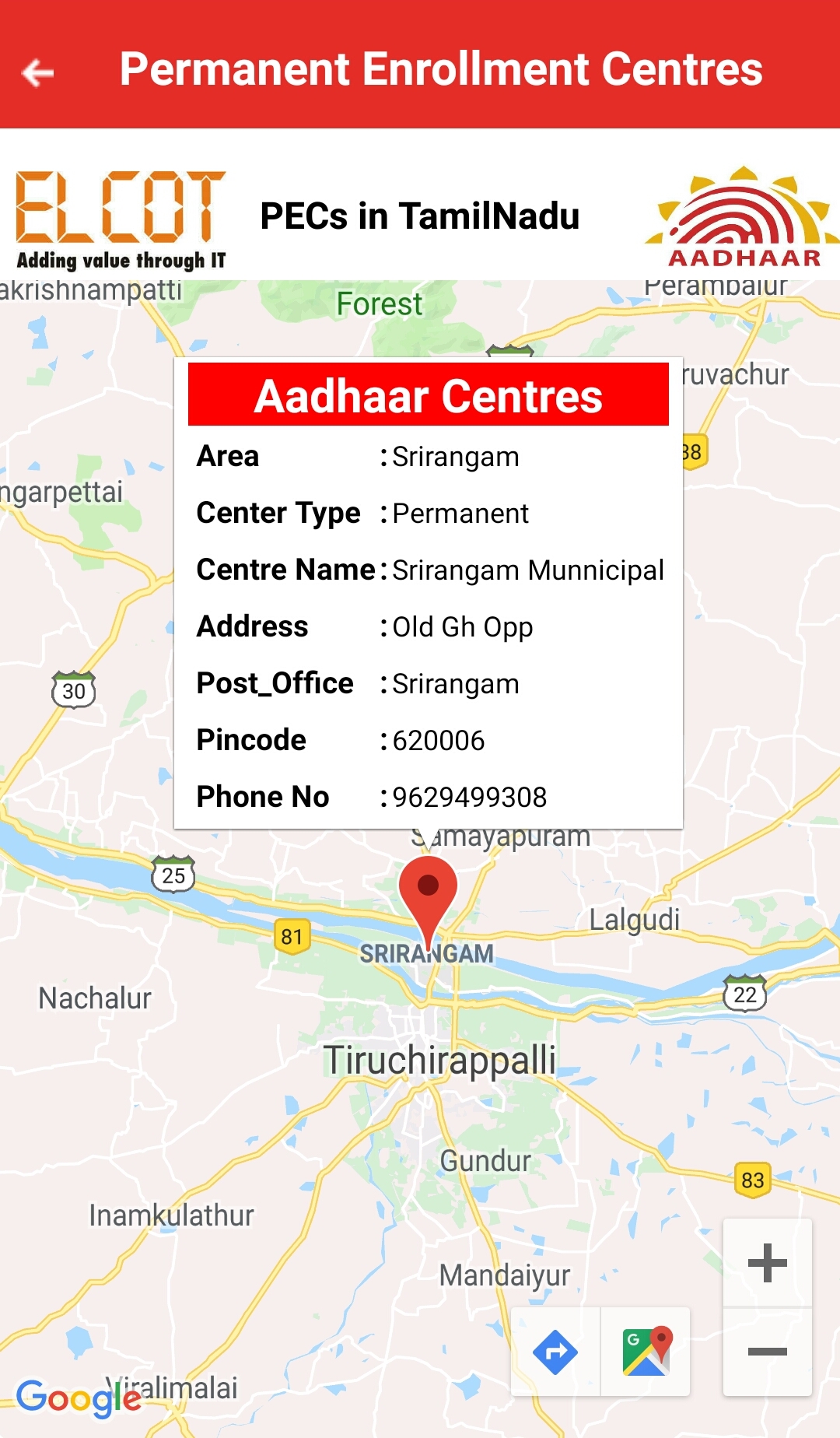 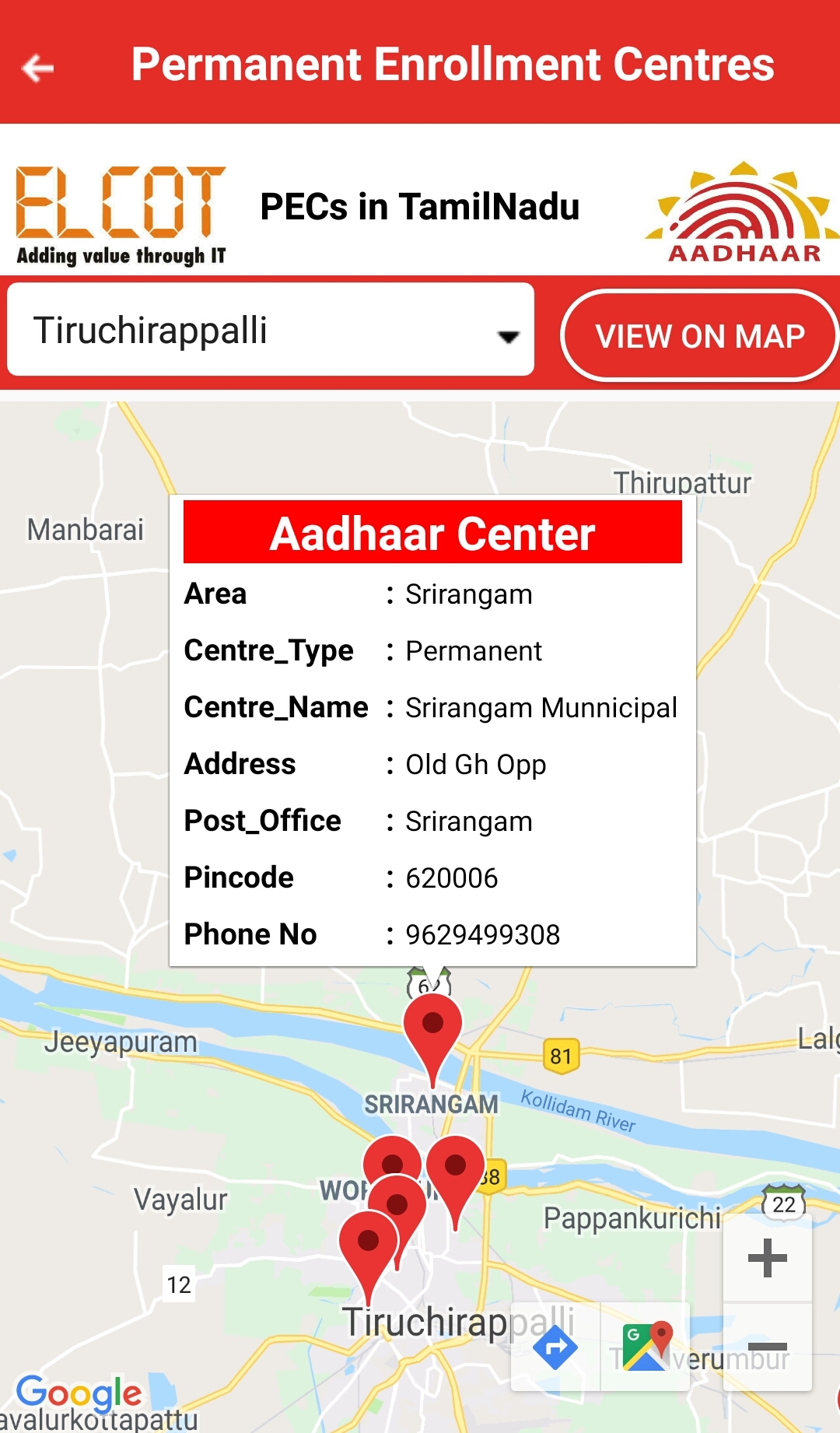 An Android based Mobile Application named “PEC:Aadhaar” has been recently developed using the PEC Dataset published by ELCOT, to showcase the potential of TNOGD Portal. The App helps the users in locating the nearby PEC Aadhaar centres for Aadhaar enrolment. The users can also choose the District & Taluk names to find the PECs across Tamil Nadu. It has the search facility to locate the PECs by the place name. The address of PEC as well as its contact phone numbers are listed in the App. It also has the facility to search and locate the PECs on Map. The PEC Aadhaar Mobile App is successfully published on Google Play Store and it can be downloaded from
https://play.google.com/store/apps/details?id=com.abc.elcot_pec