All India estimated number of HIV Infections declined by 1% in 2011 with respect to 2010. The total number of people living with HIV (PLHIV) in India is estimated at 2.1 million with uncertainty bounds of 1.7 to 2.5 million in 2011. The Top eight high HIV affected states account for 76% of all HIV infections in the country. 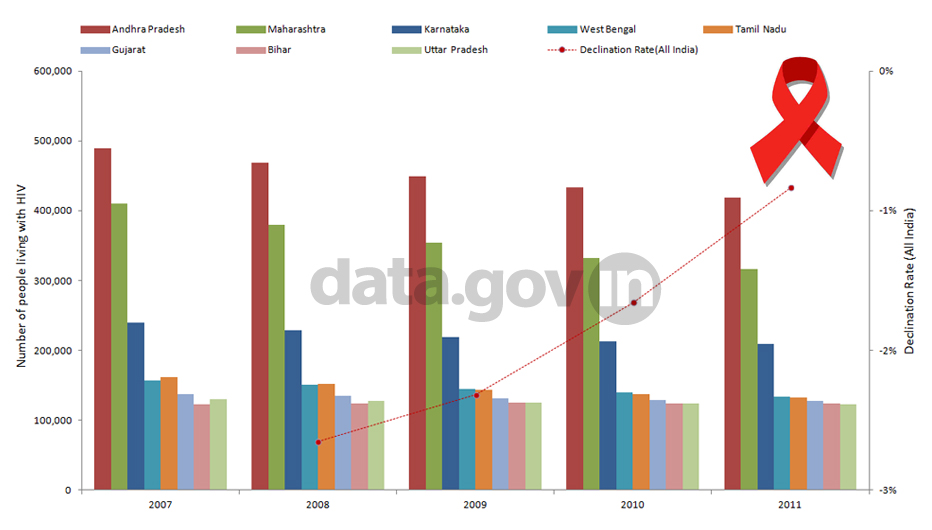