Initially, it was a major task for the public to put forth their grievances about lack of basic amenities such as potholes, erratic drinking water supply, non-burning of streetlights, non-removal of garbage etc., confronted by the public daily. Due to heavy administrative and procedural formalities the grievances did not reach the concerned corporation authorities in time.

To curb this problem the corporation has formulated an effective and efficient mode of attending to the grievances of the public. They have established a system where public can submit their issues via a SMS grievance number, Facebook, Twitter, WhatsApp and Telegram, and other methods. The Corporation has also implemented a Centralized Grievances Management Redressal system, Online Payment Mechanism and it has been automating property/water tax collection through hand-held devices. 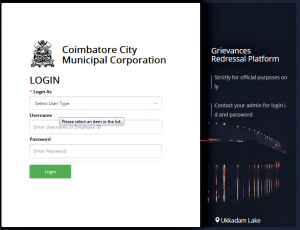 This system allows to have a consolidated view of the grievances at one place. They can be visualized by Zones, Months, Departments, etc. 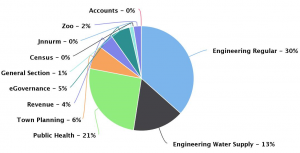 Due to online submission, the revenue collection of the corporation has substantially increased by 60% when compared with 2017-18 financial year.

­­Coimbatore Corporation has already made a beginning in the right direction to deal with the initial problems in the proper implementation of e-Governance and make it feasible as well as viable for the public to easily access such services.